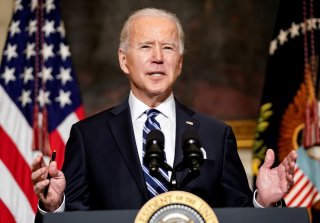 President Joe Biden, now in his fifth month in office, has been busy. The president signed into law the American Rescue Plan Act in March 2021 – the legislation responsible for the most recent round of stimulus checks – and introduced the American Jobs Plan and American Families Plan bills to Congress. Together, these two pieces of legislation, if passed in their original forms, will spend $4 trillion on repairing American infrastructure and strengthening the social safety net.

In the rush to pass aid to families and other components of the bills, one progressive priority has fallen by the wayside – student loan forgiveness. While Biden has been sympathetic to movements to cancel student debt in the past, and even supported a debt-forgiveness proposal himself during his 2020 presidential campaign, he has so far made little progress on the issue. However, Biden has not forgotten about the issue altogether, and has voiced support for Congressional Democrats who have pushed for firmer measures.

Senate Majority Leader Chuck Schumer, in particular, has backed the campaign to relieve large chunks of student debt. The senator has advocated for debt forgiveness of up to $50,000 per student, and he and other senators – including former presidential candidate Elizabeth Warren (D-MA) – have increasingly pushed Biden on the issue. Biden’s beliefs on student debt are more moderate; during his campaign, he advocated for a measure that would give out up to $10,000 in loan forgiveness. This has not satisfied advocates, however; Schumer himself was quoted as saying, “He [Biden] has talked about ten thousand – that’s not enough […] We’re keeping the pressure on him.” Schumer and other Senate Democrats have argued that Biden could unilaterally cancel student debt through an executive order, although the legality of this point has been disputed.

More Senators and Representatives have joined in supporting loan forgiveness, and a handful of major U.S. cities – including Boston, Philadelphia, and Washingon, D.C. – have passed resolutions calling for student debt cancellation. But the odds that such a measure would succeed on Capitol Hill are low. Biden told a town hall in early 2021 that he would not cancel $50,000 in debt. Faced with Republican opposition to his already-enormous $6 trillion budget proposal, all sides have begun to negotiate reductions in some areas; it makes little political sense to add another multibillion-dollar program, and one fiercely opposed by Republicans at that, onto the pile. Instead, Biden’s Department of Education has suggested that it will focus on fixing existing loan programs – such as the Public Service Loan Forgiveness program, which infamously had a 99 percent rejection rate under former Education Secretary Betsy DeVos.