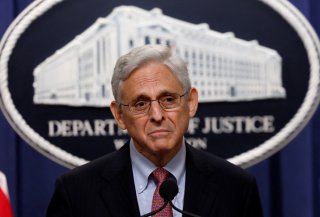 On Thursday, Federal Judge Aileen Cannon appointed an independent arbiter to review the highly sensitive documents seized in the FBI’s search of former President Donald Trump’s Mar-a-Lago estate in Florida. She also rejected the Justice Department’s request to resume a key part of its inquiry into Trump’s handling of government records, according to the New York Times.

The special master was revealed to be Brooklyn-based Senior Judge Raymond Dearie, who was put forward as a possible candidate for the role by Trump. According to CNN, he was appointed as a judge by former President Ronald Reagan in 1986 and served a seven-year term, concluding in 2019, on the U.S. Foreign Intelligence Surveillance Court.

According to Cannon, who was nominated by Trump in 2020, the special master will be responsible for reviewing “seized property for personal items and documents and potentially privileged material subject to claims of attorney-client and/or executive privilege.” She added that the “Court is mindful that restraints on criminal prosecutions are disfavored but finds that these unprecedented circumstances call for a brief pause to allow for neutral, third-party review to ensure a just process with adequate safeguards.”

The judge also allowed Trump’s lawyers to review the documents marked as classified. The Justice Department had wanted those materials excluded from the special master process entirely.

Cannon gave Dearie a deadline of November 30 to finish his review of the documents.

Meanwhile, Trump asserted on Hugh Hewitt’s radio show on Thursday that he declassified the government records that were taken to his Mar-a-Lago estate. Hewitt asked Trump about an account given by his former White House aide Kash Patel, who said that he witnessed Trump giving a verbal order to declassify the documents.

“That’s correct,” Trump said. “And not only that, I think it was other people also were there. But I have the absolute right to declassify, absolute—a president has that absolute right, and a lot of people aren’t even challenging that anymore.”

Later in the interview, Trump said that “everything was declassified.”

On Friday, President Joe Biden mocked Trump’s claims. “I just want you to know I’ve declassified everything in the world. I’m president, I can do—c’mon,” Biden told reporters as he was departing the White House.

“I’m not going to comment because I don’t know the details. I don’t even want to know. I’ll let the Justice Department take that,” he added.