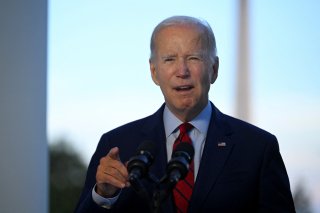 Voters in Kansas on Tuesday resoundingly voted—59 percent to 41 percent—against removing the right to abortion from the state’s Constitution, the New York Times has reported.

Kansas, where abortion is legal up to the twenty-second week of pregnancy, became the first state to vote on abortion rights since the U.S. Supreme Court in June overturned Roe v. Wade, the 1973 landmark decision that established the constitutional right to abortion. The amendment, had it passed, would have paved the way for state legislators to prohibit or restrict abortions.

“The voters in Kansas have spoken loud and clear: We will not tolerate extreme bans on abortion,” Rachel Sweet, the campaign manager for Kansans for Constitutional Freedom, which led the effort to defeat the amendment, told the Times.

An estimated $12 million was spent on advertising leading up to the vote, split roughly evenly between the two sides. According to National Public Radio, Planned Parenthood donated millions of dollars to the opposition effort.

“But they discounted Kansans, who said loud and clear they believe and trust patients to make their own medical decisions,” she added.

After the vote, President Joe Biden applauded the result and urged Congress to pass a law to restore nationwide abortion rights that were provided by Roe.

“This vote makes clear what we know: the majority of Americans agree that women should have access to abortion and should have the right to make their own health care decisions,” he said.

“Congress should listen to the will of the American people and restore the protections of Roe as federal law. While that is the only way to secure a woman’s right to choose, my Administration will continue to take meaningful action to protect women’s access to reproductive health care. We will continue to act where we can to protect women’s reproductive rights and access to care. And, the American people must continue to use their voices to protect the right to women’s health care, including abortion,” Biden continued.

Meanwhile, Value Them Both, a group leading the vote-yes effort, wrote that “this outcome is a temporary setback, and our dedicated fight to value women and babies is far from over.”

Mary Jane Muchow of Overland Park, Kansas, who supported the amendment, told the Times that “voting yes doesn’t mean that abortion won’t be allowed, it means we’re going to allow our legislators to determine the scope of abortion.”

“I think abortion should be legal, but I think there should be limitations on it,” she continued.