A Majority of Americans Support Canceling $10,000 of Student Loan Debt 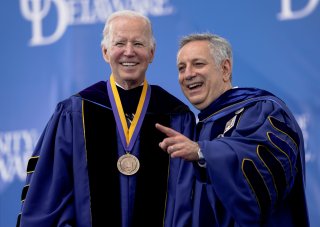 For more than two years, millions of borrowers have taken advantage of the ongoing moratorium on federal student loan payments. However, if the current pause isn’t extended for a seventh time, it appears that borrowers will be required to start payments beginning in September.

“Among those with student loan debt, the majority report not paying down their loan during the pause,” the Ipsos poll stated.

“When asked what they have been able to do instead, the most common actions are those that provide a bit of financial breathing room: having an easier time affording essentials (food, rent, gas, etc.), paying down other debt, and putting money into savings,” it continued.

Meanwhile, President Joe Biden has stated that he’s considering whether to move ahead with broad-based student loan forgiveness. For months, some Democrats have pushed Biden to sign off on canceling $50,000 of student loan debt per borrower, but the president has stood firm in his stance that he won’t go higher than his campaign promise of $10,000 per borrower.

“I am considering dealing with some debt reduction,” Biden told reporters at the White House in May. “I am not considering $50,000 debt reduction. I am in the process of taking a hard look at whether or not there will be additional debt forgiveness and I will have an answer on that in the next couple of weeks,” he continued.

Since taking office, Biden has canceled nearly $26 billion of student loan debt for more than 1.3 million borrowers. Despite these actions, the nation’s student loan debt is still sitting at roughly $1.75 trillion as of April, according to data compiled by the Federal Reserve Bank of St. Louis.

Last month, the Biden administration announced that it would cancel the federal student loan debt of about 200,000 borrowers—a total of $6 billion—who claimed in a class action lawsuit that they were defrauded and misled by their schools.

That settlement follows another announcement earlier last month that the Education Department would forgive the remaining $5.8 billion of student loan debt for 560,000 borrowers who attended schools operated by Corinthian Colleges.