Many Oregon Residents Will Get $600 Stimulus Checks in the Mail 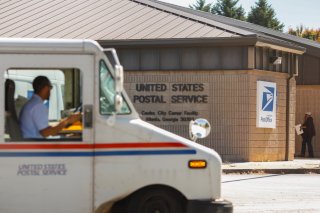 House Democrats in Oregon passed a bill this week that would issue a one-time $600 stimulus check to low-income households with family members who worked during the first year of the ongoing pandemic. Per KOIN in Portland, Oregon, the legislation easily passed both the House and the Senate.

KOIN added that eligible Oregon residents will not be required to go through an application process for the funds. They can expect to receive a check or a direct deposit as soon as this June.

“Low-wage workers are a critical part of our economy and are also the most vulnerable to the rising costs of everyday necessities,” Sen. Kathleen Taylor (D-Portland), chair of the Senate Committee on Labor and Business, said in a statement.

“Cash payments make a huge difference in the lives of individuals and working families. They can help pay a utility bill, buy necessary medicine or essentials like diapers and groceries. Cash payments also ease stress, allowing families some support to manage the obstacles they face in their daily lives. House Bill 4157 is an opportunity to show support to our low-wage workers as they show up to do the jobs upon which our economy depends,” she continued.

State Rep. Andrea Valderrama (D-Portland), the chief sponsor of the bill, noted that the $600 direct payment will help address the rising living costs that are associated with child care, rent, groceries, and prescriptions.

“Right now many Oregonians, myself included, have been struggling to get by as the cost of living has skyrocketed,” Valderrama said in a statement.

“These payments can make a huge difference for low-income individuals and working families: they can help pay a utility bill, buy necessary medicine, or essentials like diapers and groceries,” she added.

State Rep. Rachel Prusak (D-West Linn) touched on the ever-worsening wealth gap seen since the pandemic began. “This means rising costs disproportionately impact our lowest wage workers,” she said in a statement. “With this legislation, we’re reaching the working families and individuals whose hard work is essential and makes up the backbone of our economy.”

Other States Step in

With the passage of House Bill 4157, Oregon has joined several other states that have approved their own stimulus checks or stimulus-related tax refunds for their residents.

In California, the final batch of the $1,100 Golden State Stimulus checks has headed out to eligible residents. But there is already talk of additional stimulus checks being approved in the coming months due to a massive surplus.

In an exchange with reporters, per KTLA, Gov. Gavin Newsom said that “we expect in the May revised language when I update the budget that we are likely to have an additional rebate to the taxpayers.”