More than Half of States Have Ended Unemployment Benefits Early 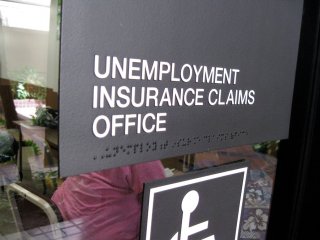 During the pandemic, the Trump administration approved a $300 per week boost in federal unemployment benefits, providing assistance to Americans between jobs and actively looking for work. These benefits were renewed under President Joe Biden’s American Rescue Plan Act, approved in March 2021, and slated to extend until September 6.

These programs have been very popular among the unemployed. Collected non-stop, they amount to an annual payment of around $15,000 per year, enough to put an American adult above the poverty line in many U.S. states. In practice, many states require recipients of unemployment benefits to perform a certain number of employment-related activities per week to claim the benefits, and government agencies have made it clear that the benefits are not intended as an alternative to work, but a safety net.

However, the payments still have their share of detractors, particularly among fiscal conservatives, who accuse them of distorting the job market and preventing Americans from returning to work. These critics claimed to be vindicated by the April 2021 jobs report, which revealed a fraction of projected jobs actually being created. Although the link between unemployment benefits and high unemployment has been questioned elsewhere, including by the Federal Reserve Bank of San Francisco, and jobs reports from later months have been more optimistic, twenty-six states – more than half of the Union – have voluntarily ended their weekly $300 checks, more than a month before they are slated to end, in order to incentivize employment.

The first states to end their benefits – Alaska, Missouri, Mississippi, and Iowa – made their final payments by June 12. Twenty-one others have ended theirs already, the most recent of which was Arizona, which sent out its final checks on Saturday, July 10. One remaining state, Louisiana, is scheduled to end its benefits program on August 3; the remaining states will go until September 6, the federal cut-off.

It is still unclear what effect the termination of benefits will have on unemployment in these states. However, the decision to voluntarily end federal payments – especially because it has been done without any form of compensation – has also proved to be unpopular. In Indiana, for instance, the state government was sued after it attempted to end the program early, and a judge ordered officials to reinstate it. Although the state is appealing, the case may not be decided until after the September end date.