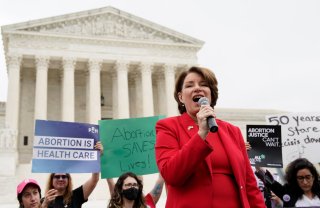 Roughly a month and a half after the Supreme Court’s controversial decision to overturn Roe v. Wade, the 1973 landmark decision that established the constitutional right to abortion, a new poll released by Ipsos-USA Today shows that seven in ten Americans would like to have the opportunity to decide state-level abortion rights by ballot measure.

The survey, conducted from August 5 to 8 with 1,018 adults participating, further revealed that if they had the chance to vote, they would oppose efforts to prohibit the procedure by nearly two to one.

According to USA Today, the poll showed that respondents would have passed a ballot measure to legalize abortion by a vote of 54 percent to 28 percent.

“Democrats support legal abortion in their state by 7-1 (76%-10%) and independents by 2-1 (52%-27%),” the report continued. “Among Republicans, 34% would support abortion rights and 54% would oppose them, a worrisome fissure for the party that has long been identified with the anti-abortion movement.”

“With abortion no longer a constitutional right, Americans are looking to the voting booth to have their voice heard on the issue,” Ipsos president Cliff Young told USA Today.

“However, the divisions that exist across the states could bring legal, medical and lifelong consequences for many parts of the country,” he added.

Other recent polls are showing increasing levels of frustration among Americans on the highly contentious abortion issue.

A poll of more than a thousand adults conducted by the Associated Press/NORC Center for Public Affairs Research has indicated that 60 percent of Americans want Congress to pass a law guaranteeing access to legal abortion nationwide. Additionally, the survey revealed that 53 percent of respondents say they disapprove of the court’s decision, while 30 percent say they approve.