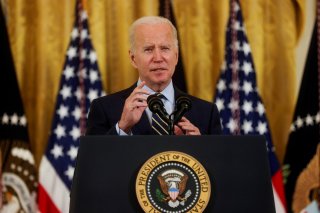 The expanded child tax credit, which was only in place for 2021, had a profound effect on the well-being of America’s poor, especially when it came to reducing child poverty. However, once the credit expired at the end of the year, it had the opposite effect, with a Columbia University study stating that the nation’s monthly child poverty rate went from 12.1 percent in December 2021 to 17 percent in January 2022.

Now, a new study has looked at what other impacts the expanded credit had in 2021.

The Brookings Institution this week released a study titled “The impacts of the 2021 expanded child tax credit on family employment, nutrition, and financial well-being.” Seven authors, from institutions such as Washington University in St. Louis, the University of North Carolina, Greensboro, and the Urban Institute, looked at what people did with their child tax credit payments and the effect that they had.

“Eligible families experienced improved nutrition, decreased reliance on credit cards and other high-risk financial services, and also made long-term educational investments for both parents and children,” the summary of the report said. “We find that these changes were especially promising for Black, Hispanic, and other minority families, along with low- and moderate-income families, suggesting that the expanded CTC may be an important tool for addressing both racial financial inequality and a widening income gap in the United States.”

The report also found that 79 percent of CTC-eligible households received the credit. The most common reasons for not receiving the credit included opting out in order to get a lump-sum payment at tax time and “not knowing how to receive the credit.”

When asked what they spent the money on, 70 percent answered “routine expenses such as housing and utilities,” 58 percent said “clothing or other essential items for children,” 56 percent said “purchasing more food for the family,” and 49 percent said “saving for emergencies.”

Also, in response to what’s been a controversial point in policy discourse, the Brookings study concluded that “there were no statistically significant changes in employment between CTC-eligible households and households without qualifying children (i.e., CTC-ineligible households) over the six months of payments.”

Also, CTC-eligible households were “1.3 times more likely to start learning new professional skills than ineligible households,” while 70 percent who were affected by inflation said that the payments helped them to “better manage high prices.”

Brookings also concluded that marginalized people were helped by the credit.

“One of the most profound findings of this study is how the expanded CTC supported racial and ethnic minority families in ways that will support long-term economic mobility,” the report said. “Black, Hispanic, and other non-white minority groups were statistically more likely to use the credit to make investments in their children’s futures such as through improved childcare and education, tutoring, and extracurricular activities. Black families also saw significant improvements in their consumption of healthy foods and a reduced reliance on auto title loans.”