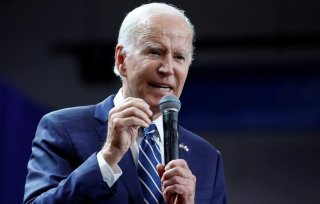 A new October Ipsos/Reuters poll revealed that inflation and the economy are far and away the most pressing issues among Americans who say they are likely to vote.

At 29 percent, inflation topped the list of the “most important problem facing the U.S. today.” That was followed by jobs and economy at 15 percent, gun violence or mass shootings at 8 percent, abortion or changing abortion laws at 7 percent, immigration at 6 percent, and climate or environment at 6 percent.

“With inflation running at the highest levels since the early 1980s, this isn’t an abstract concern,” the poll wrote. “Many respondents say their personal finances have eroded and they are scaling back their purchases,” it continued.

In what could keep alive the hope that a deep recession could potentially be averted, the Bureau of Economic Analysis reported late last week that U.S. economic growth rebounded in the third quarter. Gross domestic product (GDP) was found to have trekked higher at a 2.6 percent annualized pace between July and September, following consecutive negative quarters to start the year.

On Friday, Bank of America CEO Brian Moynihan told CNBC that U.S. consumer spending is experiencing a “mitigation of growth” and not a slowdown. He noted that rate hikes by the Federal Reserve are starting to be felt in certain sectors, but he stressed that consumer spending remains strong.

“If you raise rates and slow down the economy to fight inflation, the expectation is you have a slowdown in consumer spending. It hasn’t happened yet. So it could happen, but it hasn’t happened yet,” he said. “You’re seeing a mitigation of the rate of growth, not a slowdown. Not negative growth.”

Last month, the Fed approved a third straight seventy-five-basis-point interest rate hike and said that it will keep raising rates well above the current level. With the move, the central bank took its federal funds rate up to a range of 3 percent to 3.25 percent, the highest level since 2008.

Markets are widely expecting the Fed to go ahead with a fourth-straight seventy-five-basis-point hike when it concludes its two-day policy meeting this week. That would take the federal funds rate to a range of 3.75 percent to 4 percent, the fastest pace of policy tightening since the early 1980s.

Moynihan added that he expects the Fed to hike rates by seventy-five basis points and fifty basis points at its two remaining meetings this year, followed by two twenty-five-basis-point bumps next year. That would take the funds rate to roughly 5 percent and the Fed can then “let it work,” Moynihan concluded.