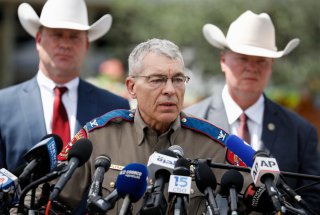 A Texas House of Representatives report released on Sunday found that “systemic failures and egregious poor decision making” were the reasons for the failure of police to enter a Robb Elementary School classroom on May 24 while a lone gunman killed twenty-one people inside.

“Other than the attacker, the Committee did not find any 'villains' in the course of its Investigation,” the report said.

“There is no one to whom we can attribute malice or ill motives. Instead, we found systemic failures and egregiously poor decision making,” it continued.

According to CBS News, soon after the shooting in Uvalde, Texas, Gov. Greg Abbott called for the state House to convene a special legislative committee to investigate the incident. While completing the seventy-seven-page report, the committee interviewed nearly forty individuals, including at least twenty law enforcement officials. Uvalde police also released edited body camera footage from inside the school on the day of the shooting following the report’s release.

Despite the large number of officers present, the group had a “void of leadership,” which “could have contributed to the loss of life as injured victims waited over an hour for help, and the attacker continued to sporadically fire his weapon,” the report stated.

Most of the victims “perished immediately,” although the committee wrote that it is certainly “plausible some of the victims could have survived if they had not had to wait seventy-three additional minutes for rescue.”

In addition, the officers “failed to adhere to their active shooter training, and they failed to prioritize saving the lives of innocent victims over their own safety.”

The legislation includes millions of dollars for mental health, school safety, crisis intervention programs, as well as incentives for states to include juvenile records in the National Instant Criminal Background Check System. The money can be used to implement and manage so-called “red flag” laws, which allow authorities to temporarily remove guns from individuals who threaten violence.