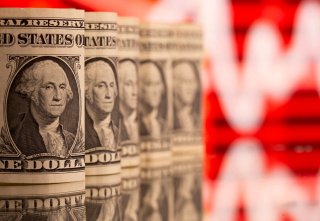 For millions of hard-working Americans living on a budget, the recent price surges seen in homes, rent, food, gas, and everything in between have been devastating.

Yes, data are pointing to the fact that wages are climbing, but the prices that consumers must pay for goods and services—which are at a four-decade high—are rising much faster.

In fact, according to CNBC, the U.S. Bureau of Labor Statistics reported that real inflation-adjusted average hourly earnings decreased by 0.8 percent from January to February, contributing to a 2.6 percent fall from last year.

And according to a recent report released by Credit Karma, two-thirds of American workers admitted that their current pay isn’t enough to cover the rising costs of inflation.

“Wages are up 5.1 percent over the past year, which is trailing the pace of inflation. Indeed, surging prices are stealing the show on the minds of consumers,” Mark Hamrick, a senior economic analyst at Bankrate.com, told CNBC. “People do not buy food staples, gasoline or electricity because they love these things; they buy them because they need them.”

Another sector that many Americans want to get into but are quickly being priced out of is the highly competitive housing market.

According to Realtor.com, for homes on sale, median list prices have jumped 14.3 percent compared to a year ago. In addition, rents are up by nearly 20 percent from last year.

“Escalating prices everywhere folks turn, from food to housing, are going to make it harder for buyers, particularly first-time buyers, to save up for a down payment and closing costs, and to afford monthly housing payments,” writes Realtor.com’s Clare Trapasso.

“Some will be priced out of the homes and neighborhoods they had their hearts set on, and will move farther out, to more affordable areas, or purchase smaller homes and fixer-uppers. Others grappling with steep rent hikes and ballooning grocery and energy bills won’t be able financially to become homeowners,” she said.

However, fast-rising mortgage rates—which recently eclipsed 4 percent for the first time in three years—are causing some homebuyers to rush into the housing market before they get even more priced out. Adding to the concerns is the fact that a more hawkish Fed, along with even higher mortgage rates, could bring about a recession as it tries to further contain inflationary pressures.

“If you’re about to buy a house—the biggest financial commitment you’ll ever make—and you think the economy may head into a recession, that might make you think twice,” David Sacco, a finance and economics professor at the University of New Haven in Connecticut, told Realtor.com.