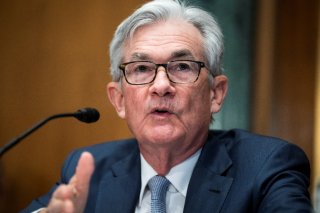 The U.S. Department of Labor’s latest eye-opening data on consumer prices found that they surged by nearly 8 percent compared to last year.

While some experts contend that inflation will moderate in the coming months, others aren’t so sure, citing fast-rising food and home prices.

In an effort to help contain inflationary pressures, Federal Reserve officials voted to increase interest rates by a quarter percentage point and penciled in six more increases by year’s end. Mortgage rates have climbed past 4 percent for the first time since May 2019, and there are hopes that higher rates will eventually help cool the red-hot housing market.

However, according to Fortune, a report by Bank of America is asserting that while higher mortgage rates would price out some potential buyers, it won’t necessarily be enough to stop the upward price momentum in the housing market. In fact, the bank is predicting that U.S. home prices will see another double-digit percentage increase this year.

“We currently expect 10 percent appreciation in Case-Shiller home prices this year, largely due to the historical supply/demand imbalance, though risks may be for high single digits,” Bank of America writes.

Further cutting into the budgets of Americans are the quickly rising single-family rent prices. According to a report from CoreLogic, single-family rents surged by a record 12.6 percent year-over-year in January. That figure compares to an increase of only 3.9 percent in January 2021. For example, in Miami, single-family rents climbed by almost 40 percent, while Orlando and Phoenix saw increases between 18 and 20 percent.

“Single-family-rent growth extended its record-breaking price growth streak to 10 consecutive months in January,” Molly Boesel, principal economist at CoreLogic, said in a statement. “Rents increased across the country, and the gains were highest in the Sun Belt, which also had strong population growth last year.”

Fast-rising food prices have been a critical indicator of inflationary pressure. Price increases for meats are particularly notable, with pork and beef up between 14 percent and 20 percent compared to last year.

“The cost of putting food on the table is the highest it’s been in 40 years,” CBS News writes.

Meanwhile, per Fox Business, one billionaire supermarket CEO is now advising Americans to stock up now because food inflation will only get much worse. “I’ve seen price increases coming through for the month of March. I’ve seen them coming through April and May,” John Catsimatidis, the CEO of New York City supermarket chain Gristedes, told Fox & Friends on Tuesday.

“Between price increases and shrinkflation—where it used to be 32 ounces, now it’s going to be 28 ounces—it’s anywhere from a 12 to a 20 percent increase in food prices,” he added.