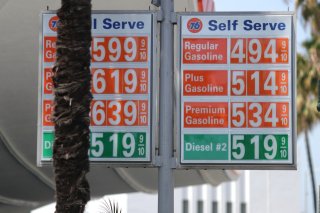 American retirees received a major victory last fall when the Social Security Administration (SSA) announced that there would be a 5.9 percent cost-of-living adjustment (COLA) for this year. However, all it takes is one glance at the numbers to see that they are far from impressive.

The nearly 6 percent boost to the Social Security benefits only raised the monthly payments by approximately $90 to an average of $1,657, and a typical couple’s benefits climbed by about $150 to $2,754 per month.

With the sky-high inflation rate—which has surged to a forty-year high of  8.5 percent annually—it is not surprising to see that many seniors are having trouble making ends meet.

According to Mary Johnson, a Social Security and Medicare policy analyst at the Senior Citizens League, the latest COLA has fallen by $162.60 this year due to fast-rising prices. Furthermore, Social Security benefits have lost an eye-opening 32 percent of their buying power since 2000. “Inflation not only means higher prices, for many retirees it also means less savings and more debt,” she told Fox Business.

A recent survey conducted by the Senior Citizens League revealed that the cost of borrowing will get more expensive for about 43 percent of older households who carry debt on consumer credit cards.

“Credit card debt in retirement can quickly get out of hand, and this is especially true during periods when interest rates climb,” Johnson said in a statement. “We are in a steeply inflationary period when rising interest rates will mean many consumers will need to reduce the amount of debt that they are carrying on credit cards month to month in order to keep that cost manageable.”

Rising inflation can also substantially slash the value of fixed investments like bonds and certificates of deposit.

“While these investments are often touted as ‘safer than stocks,’ the total return of either type can erode due to the impacts of inflation,” Johnson noted.

Meanwhile, as reported by CNBC, inflationary pressures are taking direct aim at pensions as well. Some pensions do have COLAs, but many, especially corporate ones, don’t offer any annual payment increases. According to the U.S. Census Bureau, nearly 11.5 million people were receiving income from a state or local pension in 2020.

“The real value of that pension will go down,” Jean-Pierre Aubry, an associate director at the Center for Retirement Research at Boston College, told the business news outlet. “It will basically buy less at the supermarket than it used to,” he concluded.