Residents of One State Will Receive Stimulus Checks This Year 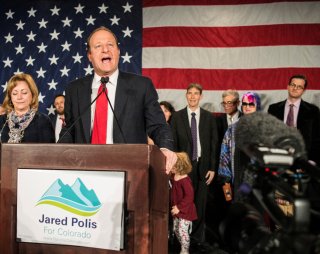 Stimulus checks were distributed to most Americans three times in 2020 and 2021 to deal with the pandemic. But due to a lack of appetite from both parties, stimulus checks at the federal level are almost certainly a thing of the past.

However, some states have since distributed stimulus checks of their own, and one particular state plans to do so again this summer.

Colorado governor Jared Polis, along with legislative leaders in that state, announced Monday the “Colorado Dividend,” in which residents of the state will receive $400 this summer. Joint filers will receive $800.

The money for the new checks will be paid out of the state’s budget surplus, attributed to Colorado’s “strong economic rebound.”

“People are paying more for everyday items like gas, groceries, and rent through no fault of their own. Instead of the government sitting on money that Coloradans earned, we want to give everyone cash back as quickly and easily as possible to provide immediate relief and empower people to do what they want to with their money,” the governor said in a statement Monday.

All Colorado residents who are eligible and have filed income taxes will receive their check in August or September of this year. Colorado had also sent a round of stimulus checks in 2021.

“Coloradans are up against high rates of inflation and a rising cost of living – and they’re feeling the pinch,” Senate president Steve Fenberg, D-Boulder, said in the same announcement. “This year, we’re able to extend much-needed support to families and individuals in the form of direct relief to taxpayers. We’re helping Coloradans make ends meet during this challenging time by putting money directly back into their wallets.”

“Refunding $400 or $800 now to every taxpayer in our state will immediately help workers and middle-class families who are feeling the rising costs of everyday items,” Majority Leader Daneya Esgar, D-Pueblo, said in the statement. “People are working harder and harder to earn enough money to pay for what they need. We recognize this, and we are taking action by making our tax code more fair. Putting your money back in your pocket will help all areas of the state, including rural Colorado, and those communities who are still struggling to recover.”

Polis claims the fifth-fastest economic rebound in the country from the pandemic, and an unemployment rate of just 3.7 percent, leading to a “record state surplus.”

Polis, first elected governor in 2018, is running for re-election this year. Republican candidates will square off in a June primary for the right to face Polis in November.