Round Two? Majority of Democrats Want Biden to Run in 2024 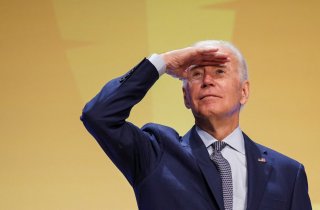 In early July, before Congress passed the Inflation Reduction Act, that percentage was sitting at just over 50 percent.

However, if Biden decides not to run again, Vice President Kamala Harris is in the strongest early position for the party’s nomination, the survey added. Twenty-eight percent of Democratic respondents said they would vote for Harris in a hypothetical Democratic presidential primary without Biden on the ballot.

Next on the list are Transportation Secretary Pete Buttigieg at 13 percent, Rep. Alexandria Ocasio-Cortez (D-NY) at 8 percent, Sen. Elizabeth Warren (D-MA) at 7 percent, and California Gov. Gavin Newsom at 6 percent.

On the other side of the aisle, the survey found that 63 percent of Republican voters say former President Donald Trump should run again in 2024. Among the GOP electorate, 46 percent say Trump should “definitely” run, which was far greater than the 28 percent of Democratic voters who expressed such sentiment for a Biden bid.

The Morning Consult-Politico survey results contrasted starkly with a recent ABC News-Washington Post poll that showed that only 35 percent of Democrats and Democratic-leaning independents want Biden to run for a second White House term, while 56 percent want the party to pick someone else.

In a head-to-head rematch, the poll is projecting a 48 percent to 46 percent Biden-Trump contest. Among registered voters, the figures are reversed.

Last week, in an interview with CBS News’ 60 Minutes, Biden acknowledged that he intends to run for re-election in 2024 but has not yet made a “firm decision.”

“It’s much too early to make that kind of decision. I'm a great respecter of fate. And so, what I'm doing is I'm doing my job. I'm gonna do that job. And within the timeframe that makes sense after this next election cycle here, going into next year, make a judgment on what to do,” said Biden, who will be eighty-one years old in 2024.

“Look, my intention as I said to begin with is that I would run again. But it's just an intention. But is it a firm decision that I run again? That remains to be seen,” he continued.