The Second Child Tax Credit Payment is Arriving: Here’s What to Know 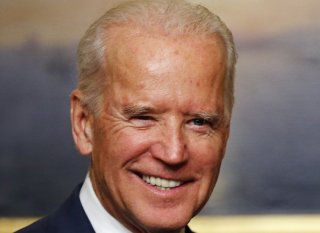 On Friday, August 13, the IRS dispatched the second of six Child Tax Credit payments. These payments will likely arrive in the upcoming days, if they have not already, for recipients with direct deposit. For parents without direct deposit, the IRS has sent out paper checks, which will take longer to arrive.

The Child Tax Credit payments, sent out from now until December, contain money set aside for families with children. The first round of payments has been sent to more than thirty-six million households in the United States, which together contain roughly ninety percent of the nation’s children.

Prior to the passage of the 2021 American Rescue Plan Act, which expanded the payments, the annual payment was a non-refundable $2,000 check to the parents of every child, irrespective of the child’s age. The new payments are increased from this level; they consist of $300 per month per child for children below the age of six and $250 per month for children aged six through seventeen. Across six months, the parent of a five-year-old will receive $1,800, and the parent of a seven-year-old will receive $1,500. Crucially, these advance payments are only half of the total Child Tax Credit; the other half can be claimed on a family’s 2021 tax filing in April 2022.

The tax credit payments are also fully refundable–meaning that they will be distributed in full, even if a family does not pay enough taxes for them to be credited against. Most tax credits are simply tax credits that can be discounted from a household’s annual contribution to the IRS. By making the Child Tax Credit fully refundable, however, Biden has effectively transformed it into a miniature stimulus check–to the consternation of some fiscal conservatives, who have argued that keeping the tax credit non-refundable would encourage the receiving families to work more in order to receive the discount.

In spite of this opposition, the Child Tax Credit payments remain popular among families. A Morning Consult/Politico survey revealed that fifty-four percent of Americans supported the advance payments. However, a similar share, fifty-two percent, underlined that the payments should not be permanent, and should expire at the end of the economic unrest caused by the pandemic. A proposal for extending the payments for five years was included in President Biden’s American Families Plan, but that plan has largely been sidelined in the wake of the president’s other actions.

The increased Child Tax Credit has also been praised by some experts, who have argued that the ongoing payments could effectively cut child poverty in half.