The 2021 Child Tax Credit: The Stimulus Check You Might Not Want 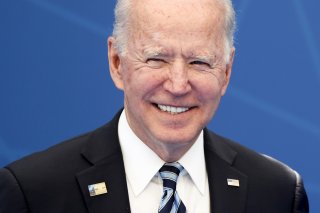 Here's What You Need to Remember: If you are expecting another child later in 2021 and want to avoid the hassle of further paperwork, or are hoping to save up for a large expense next summer. If this is the case, it is possible to forego the checks and accept the payment as a lump sum on your taxes in April.

In the American Rescue Plan Act, signed into law by President Joe Biden on March 11, a number of economic relief measures were set out, providing families with some measure of help from the ongoing COVID-19 pandemic and economic crisis. The signature piece of legislation contained within the plan was a third stimulus check of $1400 to all eligible American adults and their dependents. Other minor additions included assistance to homeowners and further economic relief payments to vulnerable groups, including minority farmers and Native Americans.

Another proposal which has garnered attention was the doubling of the Child Tax Credit, for 2021 only. Before the plan passed, the credit was $2000 per child per year; the Biden administration increased the payment to $3000 for children older than six, and $3600 for children younger than six. Moreover, the legislation calls for half of the payments to be sent in advance, in a series of six mini-stimulus checks for American families.

Here’s how it works. If you make less than $75,000 per year as a single parent, or if you and your partner together make less than $150,000 per year, you are eligible for the checks. You should receive a note from the IRS in the coming weeks, confirming that you are scheduled to receive them.

Following this, on July 15 (just under a month from now), you should receive the first of six checks, each containing one-twelfth of the total payment. Half the payment will be sent out in the form of these monthly checks, from July until December; the other half can be claimed as a tax rebate when you file your 2021 taxes next April.

Right now, all eligible families are automatically signed up to receive the checks. However, it is possible that this might not appeal to you – for instance, if you are expecting another child later in 2021 and want to avoid the hassle of further paperwork, or are hoping to save up for a large expense next summer. If this is the case, it is possible to forego the checks and accept the payment as a lump sum on your taxes in April.

Unfortunately, at the moment, there is no way to register this preference with the IRS. However, the agency has stated that it is working on an online portal, which is slated to be operational by July 1. A second portal, intended for recipients who do not normally file taxes, has already been created.

Currently, the increased level is scheduled to expire in April 2022. However, the American Families Plan, another significant piece of legislation in Congress, proposes to extend it until 2025.