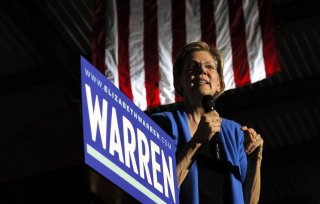 Every political junkie’s favorite summer contest, the veepstakes, now has a new contestant as presumptive Democratic presidential nominee Joe Biden continues his search for a running mate. Senator Elizabeth Warren of Massachusetts, the last of the major primary contenders to endorse Biden, has now affirmed that she would accept the role of a vice president if it were offered.

Warren, who has been a voice for progressive politics for nearly a decade, ran a campaign that was popular among media types, policy wonks, and certain demographics such as wealthier suburbanites but was unable to build a winning coalition. This was despite her later insistence that she was the compromise candidate between progressives and moderates.

Her star peaked on the campaign trail in October and November, when she contested Biden’s lead in the polls, but petered out by the end of the year due to indirect answers about her healthcare plan. She never recovered.

Despite a third-place finish in Iowa, and a fourth-place finish in New Hampshire, Warren meandered on, continually attempting to reclaim justification for her continued participation, whether that was under a progressive banner or as a unity candidate. The last weeks of her campaign will be remembered for her legendary bludgeoning of Michael Bloomberg during one of the primary debates, and her subsequent defeat in her home state of Massachusetts, coming in third behind both Biden and Senator Bernie Sanders.

When Elizabeth Warren exited the race on March 5, many expected her to endorse Sanders, whose 2016 presidential campaign she had based her own on. But the two former friends had a breakdown in relations during the primaries, with Warren accusing her political mentor of sexism. Warren endorsed neither Sanders nor Biden and instead incorrectly lamented the end of this cycle’s female-led campaigns. Many Sanders supporters resented this lack of an endorsement, believing it contributed to Sanders’ eventual loss in the primaries.

“Joe Biden has spent nearly his entire life in public service. He knows that a government-run with integrity, competence and heart will save lives and save livelihoods,” Warren said yesterday during her endorsement video. “And we can’t afford to let Donald Trump continue to endanger the lives and livelihoods of every American.”

This is a jump from the personal animosity previously felt between the two politicians. One of Warren’s primary motivations for getting involved politically was her vocal opposition to the 2005 bankruptcy reform law that she argued against while still a Harvard professor. Joe Biden, then a senator, was the primary pusher of the legislation that in Warren’s opinion was a giveaway to the credit card industry.

Whether Warren would be a smart choice for vice president, considering her poor performance in the primaries and stark policy differences with Biden (especially on healthcare), will be up to the nominee. Warren’s interest in the position, however, does signal how far many progressives have come in accepting the more moderate Biden as their candidate in November.