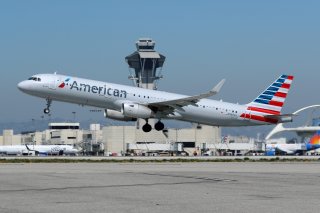 With inflation raging at a four-decade high, it’s not surprising to hear that many Americans are making sacrifices to stay within their budgets.

This appears to hold true for the upcoming summer vacation season. According to a new online poll conducted by Bankrate.com, 69 percent of adults who say they will take a vacation this summer anticipate changing their travel plans due to inflation. The top changes include taking fewer trips and traveling shorter distances.

Still, the survey showed that pent-up demand will likely win over higher prices this summer.

“After being cooped up for a couple of years because of COVID, people are ready to get back out there this summer, even if it means paying higher prices and potentially cutting into their savings or taking on debt,” Ted Rossman, Bankrate’s senior industry analyst, said in a statement.

As for the most popular destinations Americans are focusing on this summer, beaches were picked by 37 percent of respondents, staycations at 28 percent, cities at 27 percent, national parks at 21 percent, campgrounds at 17 percent, amusement parks at 14 percent, international travel at 12 percent, and cruises at 11 percent.

The poll further revealed that younger adults are more likely to say they are very or somewhat likely to take a summer vacation—with 72 percent of Gen Zers and 65 percent of millennials saying so, followed by 61 percent of Gen Xers and 58 percent of baby boomers.

Incomes also played a large role. Seventy-five percent of those with annual household incomes of $100,000 and up are more likely to plan a summer vacation, while 56 percent of those earning less than $50,000 have similar plans.

The good news for summer travelers is that it seems as though gas prices across much of the country have mostly stabilized. According to AAA data, the average gas price nationwide is currently sitting at $4.13 per gallon, which is down about 10 cents from a month ago.

“Gas prices have kind of leveled out,” said Meredith Mitts, spokeswoman for AAA-Iowa, per Radio Iowa.

“Prices today are almost exactly the same as the statewide average from a month ago. They’re up a little bit from a week ago but we’re staying in roughly the same 10-cent range,” she continued.

Mitts, though, added that people should brace for higher prices at the pump around major holidays like Memorial Day, the Fourth of July, and Labor Day.

“Those are very heavy travel periods,” she said. “And hopefully, we’ll remain roughly level the rest of the summer, but it will really depend on how many people want to be traveling, how much of the strategic oil reserves are made available, what’s going on all around the country but also, all around the world.”