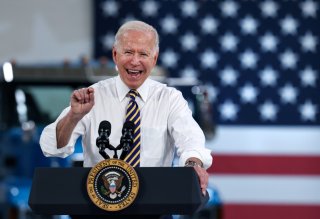 For many Americans, the payments provided by the Social Security Administration in old age will be a lifeline, providing them with the means to retire without worrying about poverty. However, for many Americans who have not already saved, the monthly checks—averaging around $1,500 in 2021—are not enough to provide for much more than a basic level of retirement.

For Americans still working, who have time to consider the options for their retirement, it is always advisable to put away a “nest egg” through savings in 401(k) and Roth IRA accounts. However, if this is not possible, there are still a few things that one can do which will affect the size of their ultimate payout.

This isn’t terribly helpful advice, but it’s true. Up to a certain cap—$142,800 as of 2021—a person’s Social Security payment is directly tied to the thirty-five most productive years of his or her career. Above this limit, income does not matter; a person being paid $143,000 per year will receive the same benefits as a person receiving $20 million. Crucially, though, the person making $20 million will pay far more in Social Security taxes, helping to subsidize the program for poorer workers who do not put in as much during their lifetimes as they receive.

Unsurprisingly, studies have shown that poorer workers gain far more from the program as a percentage of their income, even after benefits are adjusted by how much a person pays in. This, however, is the nature of many government programs.

Because the payments are tied to the thirty-five highest-paying years of a person’s career, it is often a good idea to work longer at the end of one’s career. The reasons for doing so are simple: if the thirty-five highest-paying years of one’s career are taken, and all subsequent years are ignored, working more years means that more possible years are included in the final calculation. Because of seniority, most people make more money at the end of their careers than at the beginning, meaning that delaying retirement for a few years can lead to a much bigger payout.

Delaying retirement can also benefit one’s Social Security earnings because, above a certain age, one can earn a bonus on their Social Security payments by waiting to file for them.

A person can claim the full level of their benefits once they reach their “full retirement age”—generally sixty-six years and some number of months for people born before 1960, and sixty-seven for people born after 1960. If they wait until age seventy to claim them, however, they receive roughly twenty-five percent extra every month for the rest of their lives—quickly adding up and surpassing the income lost from waiting, if a person lives a relatively long life.