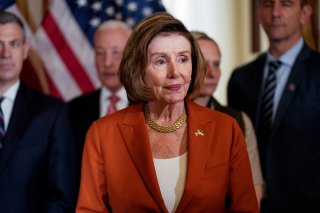 After a year in which multiple Social Security reform bills have been introduced in Congress, one is finally headed to a crucial House committee.

According to Roll Call, the Social Security Fairness Act is headed to the House Ways and Means Committee this week. The bipartisan bill, introduced by Rep. Rodney Davis (R-IL) and Rep. Abigail Spanberger (D-VA), would eliminate the Windfall Elimination Provision (WEP) and the Government Pension Offset (GPO), a pair of Social Security provisions.

The bill would eliminate provisions that reduce the benefits of certain Social Security beneficiaries who are government employees.

“These provisions were put in place and they became punitive against the families who have served the American people throughout their entire career,” Davis told reporters in July.

“No American should be penalized because of their public service. These public servants have been waiting decades for a solution to this issue. And now we are so close towards rectifying this problem,” Spanberger added.

However, there is some opposition to the measure, based mostly on the belief that it will cause Social Security’s date of not being able to pay out full benefits to arrive sooner rather than later.

The Center on Budget and Policy Priorities made that case this week.

“The bill to repeal WEP and GPO, H.R. 82, includes no offsetting tax increases or spending cuts, and so would worsen Social Security financing, moving the trust fund’s reserve depletion date forward by a year and adding nearly $150 billion to the program’s costs over the next ten years,” the Center’s Kathleen Romig wrote.

“Far from targeting seniors most in need, repealing WEP and GPO would restore windfall benefits to workers who did not pay into Social Security for much or all of their careers — and who have other pensions that were designed to replace Social Security (that’s why they were exempted from paying Social Security taxes on that employment). There is a case for updating the rules for workers with earnings not covered by Social Security, using data that are available today but were not at the time of WEP and GPO’s creation. But repealing them altogether would be costly and inequitable.”

The Center also cited a letter to the sponsors of the legislation, by Social Security’s chief actuary, Stephen C. Goss, filed in July.

“The cost of benefits under the OASDI program would be increased by 0.13 percent of taxable payroll over the next 75 years,” the letter said. “This additional cost would be partly offset by increased federal income tax on OASDI benefits dedicated to the trust funds in the amount of 0.01 percent of payroll over the 75-year period. The net effect on cash flow for the OASI and DI Trust Funds over the period including calendar years 2022 through 2031 (increase in revenue minus increase in benefit payments) would be a reduction of $146 billion.”