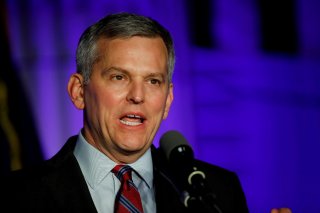 The federal government has begun to crack down on robocalls. In early July, the Federal Communications Commission (FCC) announced that its Robocall Response Team was taking action against a specific robocall scam, which they believed to be responsible for more than 8 billion robocalls. In addition, FCC chairwoman Jessica Rosenworcel announced that a formal case had been opened against that ring.

“Billions of auto warranty robocalls from a single calling campaign. Billions! Auto warranty scams are one of the top complaints we get from consumers and it’s time to hold those responsible for making these junk calls,” Rosenworcel said.

Later in July, the FCC announced that it was ordering phone companies to directly block the calls.

Now, all fifty state attorneys general have announced what’s known as the Nationwide Anti-Robocall Litigation Task Force. North Carolina attorney general Josh Stein announced that he, along with his colleagues in Indiana and Ohio, was leading the new task force.

“I’ve been leading the effort by state attorneys general to work with the federal government and phone companies to fight robocalls,” Attorney General Stein said in the announcement.

“But we’re also going to take action against phone companies that violate state and federal laws. I’m proud to create this nationwide task force to hold companies accountable when they turn a blind eye to the robocallers they’re letting on to their networks so they can make more money. I’ve already brought one pathbreaking lawsuit against an out-of-state gateway provider, and I won’t hesitate to take legal action against others who break our laws and bombard North Carolinians with these harmful, unlawful calls.”

The announcement added that it has already issued twenty civil investigative demands to twenty entities, including gateway providers.

“The task force will focus on the bad actors throughout the telecommunications industry to help reduce the number of robocalls that North Carolinians receive and benefit the companies that are following the rules,” the announcement from Stein’s office said.

Stein had earlier praised the earlier FCC actions on the issue.