Still No Tax Refund? Millions of Americans are Still Waiting 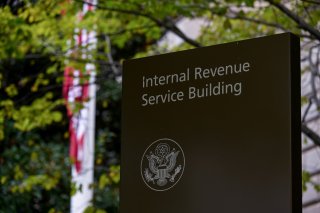 There’s no question that the past two pandemic-hit tax seasons have been incredibly challenging for the Internal Revenue Service (IRS).

But despite entering this tax season with a massive backlog of millions of unprocessed personal returns and correspondence, the agency has confirmed that in roughly nine out of ten cases, tax refunds were issued promptly in twenty-one days or less.

However, as reported by Time magazine, “if you’re in the roughly 10 percent of 160 million Americans taxpayers whose filings are even remotely complicated—due to identity theft, an avoidance of electronic filing, or some other hiccup—you’re pretty much out of luck.”

“Because such taxpayers can’t e-file, they must submit their returns by paper, triggering a review process that could stretch into 2023. While the vast majority of taxpayers won’t be affected, millions will,” the news outlet continued.

Although 10 percent might not seem all that troubling at first, simple math indicates that it means sixteen million families must wait for their refund.

“It has been an incredibly trying and difficult time,” one Treasury official said during a background call with reporters, per Fox Business.

“The fact that there is a backlog of returns that are awaiting processing at the same time the IRS is receiving new returns for this tax year has been hugely challenging and has required really creative approaches,” he continued.

It certainly has been well-documented that the IRS has been dealing with acute staffing and budget issues for years. Compared to 2010, the agency has approximately 20,000 fewer employees and 20 percent less funding when adjusted for inflation, according to the Congressional Budget Office. Staffing levels have remained about the same since the 1970s.

In an “all hands on deck” approach, the IRS has tapped into multiple “surge teams” at its processing centers in Utah, Missouri, and Texas. On top of that, the agency has committed to hiring 10,000 new employees after an initial plan to hire 5,000 workers resulted in only 200 new hires.

Last week, IRS Commissioner Charles Rettig told a House panel that he is well aware of the significant problems plaguing the agency, which have “forced [the IRS] to make difficult decisions regarding priorities, the types of enforcement actions we employ, and the service we offer.”

“IRS employees want to do more to help taxpayers. We want to be able to answer the phones and respond to questions. We want to be ready, whenever crisis hits, to deliver economic relief quickly—as our employees demonstrated repeatedly during the current pandemic, working long hours to deliver crucial programs,” he continued.