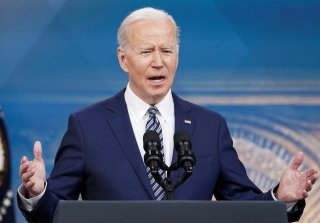 While still very high by historical standards, U.S. gas prices have begun to drop again in recent weeks, with the average gas price in several states dropping below $4 per gallon. As of Monday, per GasBuddy, the average price had dropped forty days in a row or about six weeks.

In the spring, gas prices were as high as $5 per gallon. These prices, and inflation, are expected to be key issues in the midterm elections. But with the prices falling again, the White House is taking something of a victory lap.

On Tuesday, the White House announced that it has released the latest Notice of Sale, in order to “supply additional barrels of crude oil from the Strategic Petroleum Reserve (SPR) onto the global market.” The White House added that 125 million barrels of oil have already been released from the SPR since it was first tapped by the administration earlier this year.

The statement also said that the White House is looking at re-supplying the SPR for the future, likely beginning in the fiscal year 2023. “Since the President authorized the historic release of one million barrels per day from the SPR earlier this spring, the Department of Energy has already sold more than 125 million barrels into the market, including nearly 70 million barrels that have already been delivered to purchasers and additional barrels planned to be delivered to customers in the weeks and months to come,” the White House statement said.

“The President’s historic action is in addition to agreements with International Energy Agency member countries for collective action to address the market disruption caused by Russia’s invasion of Ukraine. The President and his team engaged in round-the-clock diplomacy resulting in the release of 240 million barrels from the United States as well as allies and partners globally to meet this moment," the statement continued.

The administration also cited a Treasury Department analysis showing that the average gas price is 40 cents per gallon lower than if the SPR drawdowns had not taken place. Last month, the White House also proposed a three-month federal gas tax holiday. Unfortunately, the proposal was dead on arrival in Congress due to opposition from both sides of the aisle.

The president and his administration do not have the power to control the price of gas, oil, or any other commodity. Commodity prices are often beholden to such factors as the global price of oil, as well as overall economic conditions and unforeseen events, such as a natural disaster that takes out refinery capacity or Russia’s invasion of Ukraine.