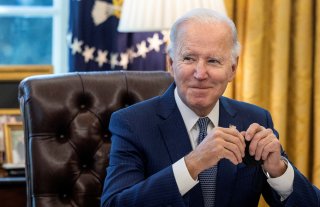 Gas prices this week continued their summer slide, with the average price in the United States dropping again.

According to GasBuddy’s weekly report, the average gas price posted another double-digit drop, falling 17.4 cents week over week to $4.33 per gallon. In addition, nine of the fifty states reported average prices under $4 a gallon.

The average has dropped 56.7 cents from a month ago, although they are $1.19 per gallon than a year ago. Gas prices have now declined for forty consecutive days.

“Gas prices continue falling coast to coast, with the national average last week declining for the sixth straight week, or 40 days in a row. The national average is now down an astounding 70 cents in that timeframe,” said Patrick De Haan, head of petroleum analysis at GasBuddy, said in the blog post.

“I have no reason yet to expect the decline won’t reach seven straight weeks, as gas stations still have plenty of room to decline as oil prices remain under $100 per barrel,” he added.

The most common gas price in the country is $3.99 a gallon, he added.

“However, should the tropics become more active, the decline could eventually reverse. In addition, this week we’ll see GDP data for the second quarter, and if it’s better than expected, we may see oil rally, slowing the descent. For now, nine states are seeing average prices under $4 per gallon, a number that will rise this week, with over 40,000 stations under that level, keeping $266 million per day in motorists’ wallets versus mid-June.”

In its most recent report, last Friday, AAA reported that the national average gas price had dropped to $4.44 per gallon, as domestic gasoline stocks continued to increase.

Iowa, Delaware, and Kansas all posted 23-cent declines in the average gas price since the previous week.

President Biden addressed the falling gas prices over the weekend, per The Hill.

“I grew up in a family where if the price of gas went up, we felt it,” the president tweeted on Sunday.

“Gas prices have dropped since mid-June and should continue to come down in the days and weeks ahead. I know those extra dollars and cents mean something.”

The president had introduced a proposal last month to institute a federal gas tax holiday, but the proposal appeared dead on arrival in Congress. The White House has taken other measures, from tapping the Strategic Petroleum Reserve to attempting to pressure the OPEC+ nations to increase oil production.