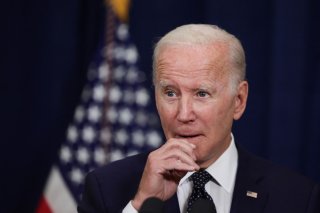 Gas prices remain, by any historical standard, very high. But now, gas prices are in the midst of a consistent summer decrease from the record highs of this spring.

According to GasBuddy, gas prices have been dropping for weeks, and have now reached a national average of $4.51 per gallon. It was the fifth straight week of decreases and represented a week-over-week decrease of 15.8 cents, and 47.9 cents from a month ago. It is still, however, $1.35 per gallon higher than a year ago.

“We’ve seen the national average price of gasoline decline for a fifth straight week, with the pace of recent declines accelerating to some of the most significant we’ve seen in years. This trend is likely to reach a sixth straight week, with prices likely to fall again this week. Barring major hurricanes, outages or unexpected disruptions, I forecast the national average to fall to $3.99/gal by mid-August,” Patrick De Haan, head of petroleum analysis at GasBuddy, said in the site’s weekly report.

Just weeks after the average had exceeded $5 for the first time in history, it has now gone below $4 in some parts of the country.

“So far, we’ve seen the national average drop for 34 straight days, with over 25,000 stations now back at $3.99 per gallon or less, and thousands more stations will join this week. In addition, we will see several states fall back under an average of $4, the majority being in the south, but that could spread to more states in the weeks ahead.”

De Haan added on Twitter that the cheapest gasoline in the country is available in Warner Robins, Ga., at $3.62 a gallon, followed by several locations in Texas.

According to the other weekly report, from AAA, the average gas price dropped 15 cents to  $4.52 a gallon, which AAA attributed to “lower domestic demand for gasoline at the pump and a much lower global price for oil.”

“Global economic headwinds are pushing oil prices lower and less expensive oil leads to lower pump prices,” Andrew Gross, AAA spokesperson, said in the organization’s release. “And here at home, people are fueling up less, despite this being the height of the traditional summer driving season. These two key factors are behind the recent drop in pump prices.”

In the last week, per AAA, Washington, D.C. posted a 21-cent drop, while Ohio dropped 20 cents, Texas fell by 19 cents, and Michigan and Tennessee dropped by 18 cents each.