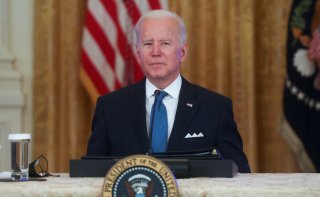 While gas prices are still high by any historical measure, the average price has continued to drop week by week. This time, prices have dropped by double digits.

According to GasBuddy, the average gas price in the United States has dropped to $4.78 per gallon, a 10.4 cent decrease from the previous week. The average price per gallon has gone down 7.1 cents from a month ago but remains $1.66 per gallon higher than at this time last year.

“As expected, and for the third straight week, average gasoline prices have fallen to their lowest level in over a month. The price of wholesale gasoline has plummeted, providing price relief as millions of Americans hit the road for the holiday weekend,” Patrick De Haan, head of petroleum analysis at GasBuddy, said in the release.

“While we may see prices decline into this week, the drop could fade soon if oil prices reverse, especially with strong demand over the holiday. For the time being, Americans are spending nearly $100 million per day less on gasoline than when prices peaked a few weeks ago, and that’s well-needed relief at a time when gas prices remain near records.”

A drop in the global price of oil helped drive the decrease, although that itself came as a result of “underlying concerns about a global economic slowdown,” so it’s not necessarily good news all around.

Last month, President Biden called for a gas tax holiday, which would suspend the federal gas tax for several months. However, the proposal has been met with some skepticism from both parties and appears unlikely to pass.

Ahead of July 4, the president also appealed to gas stations to cut prices.

“My message to the companies running gas stations and setting prices at the pump is simple: this is a time of war and global peril,” Biden said on Twitter. “Bring down the price you are charging at the pump to reflect the cost you’re paying for the product. And do it now.”

This drew a rebuke from one of the world’s richest men, Amazon founder Jeff Bezos.

“Ouch. Inflation is far too important a problem for the White House to keep making statements like this,” Bezos said in a tweet of his own. “It’s either straight ahead misdirection or a deep misunderstanding of basic market dynamics.”

Axios reported this week that falling gasoline futures have a chance to bring some relief at the pump.

“I would look for gasoline prices to drop about 30 cents per gallon in the weeks ahead,” Neil Dutta, head of economics at Renaissance Macro wrote in a research note, as cited by Axios.