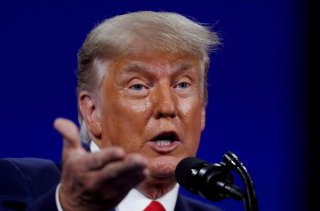 The U.S. Supreme Court announced on Thursday that it would not hear an appeal to a Washington, DC, Circuit Court decision blocking former President Donald Trump from using “executive privilege” to shield White House documents from the investigation of the House January 6 Select Committee. This decision formally ends the legal contest over the use of that power and ensures that Trump’s documents will be investigated by the committee.

The Supreme Court had previously ordered in mid-January that Trump’s documents be turned over to the House committee. However, the documents had not yet been examined prior to the Supreme Court’s decision not to take the case.

“Executive privilege” is a legal principle stating that the president has the authority to withhold White House communications from the public if there is a compelling national interest in doing so. The doctrine was outlined in the Supreme Court case United States v. Nixon, which described the circumstances under which a president could use it. Trump had previously relied on executive privilege to prevent the release of the unredacted report by former FBI director Robert Mueller into Russian interference in the 2016 election. Trump’s predecessor in office, President Barack Obama, had also used the doctrine to withhold documents concerning “Operation Fast and Furious” from a congressional investigation.

The Supreme Court’s decision confirms the lower court’s view that Trump has no legal basis to challenge President Joe Biden’s decision to allow the committee to investigate the records. The lower court dismissed the possibility that a former president had higher authority than the current president in deciding whether documents from his or her administration could be shared.

The committee has asked the National Archives to provide it with Oval Office visitor logs, phone records, and written records concerning then-President Trump’s rally on the morning of January 6, 2021. Its members have argued that they need the documents to properly understand Trump and his advisers’ role in that day’s attack on the U.S. Capitol. Prior to the protesters’ entry into the building—variously described as a riot, an insurrection, or an attempted coup d’etat—Trump had given a speech advising protesters to “fight like hell” to prevent the Senate’s certification of his loss to Biden, leading many Democrats to accuse him of fomenting, if not actively planning, the attack.