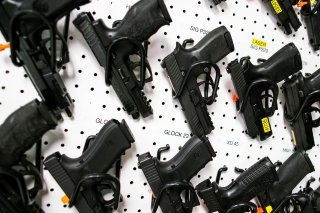 Last week, the Supreme Court of the United States declined to take on a challenge to a Wisconsin state law that bans residents who have been convicted of felonies, including non-violent crimes, from owning handguns for the rest of their lives. This is the fourth such similar challenge that the court declined to take up, and instead allowed lower court rulings to be upheld.

However, the Supreme Court has scheduled oral arguments for Nov. 3 in a case involving New York state's requirements to receive a permit to carry a concealed handgun in public. In what has been described as one of the most significant Second Amendment cases in U.S. history, the ruling on New York State Rifle & Pistol Association v. Bruen could declare a New York State restriction on carrying a concealed handgun in public places unconstitutional. The ruling is expected by mid-2022.

The case could decide whether the Second Amendment right to "bear arms" is an actual right, or “conversely, if law-abiding adults who pass a biometric background check and safety training can be denied a concealed carry permit simply because permitting officials only issue concealed carry permits when they feel that the applicant has a special need," David Kopel, research director at the Independence Institute, wrote for Reason.com.

The Supreme Court has previously overruled handgun bans in Washington, D.C., and Chicago, in 2008 and 2010, respectively. Those cases affirmed the rights of American citizens to possess guns in their homes, which could be considered the "keep" portion of the Second Amendment's wording, "right to keep and bear arms." However, those cases still left unanswered questions about carrying firearms in public.

In the 2008 case, the majority asserted that its ruling was not intended to cast doubt on state bans that specifically prohibited convicted felons from owning firearms. That distinction is why the Supreme Court has declined to take up those challenges, while agreeing to hear the New York State Rifle & Pistol Association case on the right to "bear" arms.

As Talking Points Memo reported this week, "this case is also noteworthy in that how the court reaches its conclusion could affect the Second Amendment analysis of all weapons laws in the future."

New York's laws that restrict the carrying of firearms date back more than a century. The state instituted a system for permitting handguns in 1911 after an increase in homicides. It was amended two years later to address concealed carry handguns. To obtain such a permit, an applicant must show they have "proper cause."

The plaintiffs in the case, Robert Nash and Brandon Koch, were denied unrestricted concealed carry after a judge determined that they did not satisfy New York's proper-cause standard. However, Koch was issued a license to carry a concealed handgun for self-defense while traveling to and from work.

The two men contend that such limitations to carry a concealed handgun violate their right to bear arms.