Survey: Over Half of CEOs Now Expect a Recession 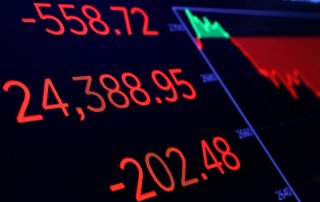 As reported by Fox Business, 68 percent of CEOs now believe that the Federal Reserve’s aggressive actions to tame fast-rising inflation could eventually tip the economy into a recession, according to a new survey conducted by the Conference Board.

The news outlet noted that “while a majority of executives believe the downturn will be relatively mild, 11 percent are worried that aggressive tightening by the U.S. central bank could trigger a deep, ‘challenging’ recession.”

“CEO confidence weakened further in the second quarter, as executives contended with rising prices and supply chain challenges, which the war in Ukraine and renewed COVID restrictions in China exacerbated,” Conference Board chief economist Dana Peterson said in a release. “Expectations for future conditions were also bleak, with 60 percent of executives anticipating the economy will worsen over the next six months—a marked rise from the 23 percent who held that view last quarter,” she continued.

According to CNBC, the poll’s overall results reflect a highly pessimistic tone from the quarterly gauge—as the measure of CEO confidence slumped to forty-two, a considerable drop from the first quarter’s fifty-seven percent. The business news outlet explained that any reading “below fifty represents a negative outlook, as the number measures the level of respondents expecting expansion over those seeing contraction.”

That reading “is consistent with slowing for sure,” Roger Ferguson, vice chairman of the Business Council and a trustee of The Conference Board, told CNBC’s “Squawk Box.” He added, “all of this is telling us that the combination of inflation that is much too high, to quote [Federal Reserve Chairman] Jay Powell, wages that are increasing but not keeping up with inflation, and then the inability to pass all this along is creating a very, very challenging dynamic.” Earlier this week, in what was considered his most hawkish remarks to date, Powell confirmed that the central bank will keep hiking interest rates until inflationary pressures head lower in “a clear and convincing way.”

“What we need to see is inflation coming down in a clear and convincing way, and we’re going to keep pushing until we see that. If that involves moving past broadly understood levels of neutral, we won’t hesitate at all to do that,” he said during a Wall Street Journal event. “We will go until we feel we’re at a place where we can say financial conditions are in an appropriate place, we see inflation coming down. We’ll go to that point. There won’t be any hesitation about that,” he continued.

Earlier this month, the Federal Reserve signed off on a rare half-percentage-point interest rate hike and announced plans to shrink its $9 trillion asset portfolio beginning next month in an effort to blunt inflation that has surged to a four-decade high.