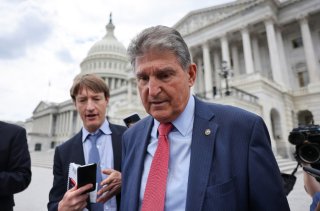 It appears that borrowers of federal student loans that are in default can breathe a huge sigh of relief.

As reported by CNBC, these individuals will not have to worry about having their enhanced child tax credit refunds seized by the Department of Education this tax season.

While the federal government’s pause on student loans protects refunds issued before May 1, those who received benefits after that date previously did not enjoy the same protection.

“The continued pause on student loan payments has helped protect Child Tax Credits for millions of borrowers, including those in default,” one Department of Education official wrote in an emailed statement.

“The Department of Education will ensure that families will not see their CTC benefits garnished through Treasury offset this tax season, including those refunds issued after May 1,” the official continued.

Between July and December, the American Rescue Plan provided eligible parents with enhanced child tax credit payments of $3,600 for a child under the age of six and up to $3,000 for children between ages six and seventeen. Broken down, this all meant that a $250 or $300 payment for each child was given to parents each month.

These households are now entitled to the second half of the tax credit money.

“Parents who received any or all monthly tax credit payments are also eligible to receive another stimulus payment in 2022. That’s because the monthly checks that were issued in the second half of 2021 were just one-half of the total Child Tax Credit payment,” notes personal finance expert Angelica Leicht at The Motley Fool.

“The other half has to be claimed on your taxes, so make sure to do that when you file. You may be owed up to $1,800 per qualifying child, and this money will be issued as part of your tax return after your tax filings are processed by the IRS,” she adds.

Fight to Save CTC

Meanwhile, the ongoing fight to save the enhanced child tax credit continues in Washington as lawmakers seek to pass some form of the highly contentious Build Back Better legislation. If passed, the bill could tack on another twelve months of the popular credits.

However, Sen. Joe Manchin (D-WV), whose vote is key in an evenly split Senate, is standing in the way of the bill, asserting that it would only discourage people from working and that any additional federal spending would only further fuel inflation that has already swelled to a four-decade high.

In response, top senate Democrats are pressing President Joe Biden to keep the enhanced child tax credit as the “centerpiece” of the stalled social-spending legislation.

“The consequences of failing to extend the CTC expansion are dire, particularly as families face another wave of the COVID-19 pandemic,” the senators wrote in a letter to the president.

“Without the expanded credit, nearly ten million children will be thrown back into or deeper into poverty this winter,” they continued.