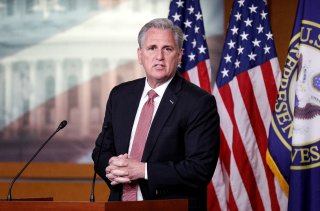 Florida Gov. Ron DeSantis came out in support of former President Donald Trump after the FBI on Monday executed a search warrant on Trump’s Mar-a-Lago resort in Palm Beach, Florida, as part of an investigation into the handling of classified documents, according to a new Politico report.

“The raid on [Mar-a-Lago] is another escalation in the weaponization of federal agencies against the regime’s political opponents, while people like Hunter Biden get treated with kid gloves,” the Republican governor, who is seen as a Trump rival as he eyes a potential 2024 presidential run, wrote on Twitter on Monday night.

“Now the Regime is getting another 87k IRS agents to wield against its adversaries? Banana Republic,” he continued.

Politico noted that DeSantis, who won the 2018 Florida GOP gubernatorial primary in large part because of Trump’s endorsement, no longer has a close relationship with the former president. Ahead of his 2022 re-election bid for governor, DeSantis declined to ask Trump for another endorsement.

Meanwhile, Sen. Marco Rubio (R-FL) also slammed the FBI’s actions and raised concerns regarding the new IRS agents in the wake of the Mar-A-Lago search.

“After today’s raid on Mar A Lago what do you think the left plans to use those 87,000 new IRS agents for?” Rubio tweeted.

“Using government power to persecute political opponents is something we have seen many times from third world Marxist dictatorships. But never before in America,” he added.

“I've seen enough. The Department of Justice has reached an intolerable state of weaponized politicization,” he said in a statement.

“When Republicans take back the House, we will conduct immediate oversight of this department, follow the facts, and leave no stone unturned,” McCarthy continued. “Attorney General Garland, preserve your documents and clear your calendar.”

McCarthy’s comments came hours after Trump confirmed in a statement that the FBI had raided his Mar-a-Lago residence, where he claimed agents “even broke into” his safe.

“My beautiful home, Mar-A-Lago in Palm Beach, Florida, is currently under siege, raided, and occupied by a large group of FBI agents,” Trump said.

Trump’s son Eric told Fox News on Monday night that the “purpose of the raid was, from what [the FBI] said, was because the National Archives wanted to corroborate whether or not Donald Trump had any documents in his possession.”

Eric Trump continued: “My father has worked so collaboratively with them for months. In fact, the lawyer that's been working on this was totally shocked. He goes, ‘I have such an amazing relationship with these people and all of a sudden, on no notice, they send twenty cars and thirty agents?’”