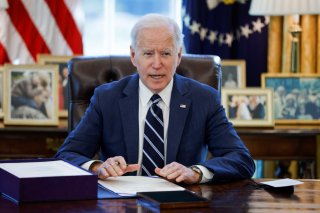 Since the enhanced child tax credit expired five months ago, millions of American parents have been trying to navigate their way through the pandemic and the seemingly never-ending financial burdens that come with today’s red-hot inflationary environment.

From last July to December, the American Rescue Plan-approved program provided eligible parents with a $250 or $300 payment for each child every month. The other half of the child tax credit money was paid to families when they filed their tax returns this year.

However, largely due to opposition from Sen. Joe Manchin (D-WV), the enhanced credits were never extended for another year through the Build Back Better legislation. The conservative-leaning lawmaker had asserted that doing so would only discourage people from working and that any additional federal spending would exacerbate current inflationary pressures that have hit a forty-year high.

Without Build Back Better, the maximum child tax credit has fallen by $1,000 per school-aged child and $1,600 per child under six. In addition, millions of the nation’s lowest-income families have become ineligible for the credits once again.

“As the White House and Congress negotiate economic legislation, they should prioritize making the child tax credit available to families with low or no earnings through a provision known as refundability and expanding support for child care,” they wrote.

“Critics fear that such measures could increase inflation. But those fears are misplaced. The plan the White House and the Senate are discussing will both reduce the deficit and make the important investments for a stronger future,” they continued. “While the families who will benefit spend more of their marginal income—which would increase demand in the economy somewhat—than the wealthy who will be taxed to finance this policy, the total reduction in the federal deficit will lower demand by a greater amount. The proposed legislation would, on net, tamp down inflationary pressure.”

If the current $2,000 per child tax credit were made fully refundable, it could reduce child poverty by 20 percent, Rubin and Lew estimated.

“Refundability is the most consequential way to reduce child poverty, and we urge lawmakers to make it permanent,” they wrote.

“The loss of refundability from the expiration of the Rescue Plan comes at a particularly tough time: With prices for food, gas and other necessities rising, families with low incomes are feeling pressure. Taking action now to restore a fully refundable monthly credit would make a big difference,” they added.

As reported by CNBC, the Bipartisan Policy Center has also proposed a plan that would make part of the child tax credit fully available to families regardless of whether or not they have earnings.

“What I would recommend policymakers focus most on is reaching agreement to expand some of the benefits to families at the bottom of the income distribution, which is much less expensive than expanding the size of the credit for everyone,” Shai Akabas, director of economic policy at the Bipartisan Policy Center, told the business news outlet.