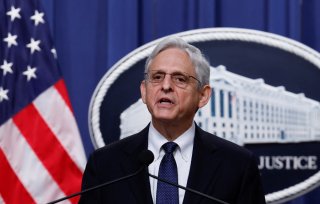 The Justice Department investigating former President Donald Trump asked a judge on Monday to maintain the secrecy of the sworn affidavit describing the basis for last week’s search of Trump’s Mar-a-Lago home in Florida, according to a new Politico report.

Federal prosecutors are particularly concerned that the release of details from the affidavit could potentially harm the ongoing investigation to interview witnesses and pose a threat to federal agents.

“There remain compelling reasons, including to protect the integrity of an ongoing law enforcement investigation that implicates national security, that support keeping the affidavit sealed,” U.S. Attorney Juan Gonzalez and Justice Department counterintelligence chief Jay Bratt said in a filing in U.S. District Court in Florida.

The affidavit contains “critically important and detailed investigative facts,” which include “highly sensitive information about witnesses, including witnesses interviewed by the government; specific investigative techniques; and information required by law to be kept under seal” in accordance with the federal rules, they continued.

“If disclosed, the affidavit would serve as a roadmap to the government’s ongoing investigation, providing specific details about its direction and likely course, in a manner that is highly likely to compromise future investigative steps,” the filing said. “The fact that this investigation implicates highly classified materials further underscores the need to protect the integrity of the investigation and exacerbates the potential for harm if information is disclosed to the public prematurely or improperly.”

Politico noted that the Justice Department is instead pressing the court to unseal a heavily redacted document that includes additional filings connected to the search warrant. Meanwhile, House and Senate lawmakers in both parties have demanded more details regarding the search executed at Trump’s home.

In response to the Department of Justice’s stance, Fox News reported that Trump called for the immediate release of the “completely unredacted” affidavit.

“There is no way to justify the unannounced RAID of Mar-a-Lago, the home of the 45th President of the United States (who got more votes, by far, than any sitting President in the history of our Country!),” he wrote on his social media platform Truth Social late Monday night.

“But, in the interest of TRANSPARENCY, I call for the immediate release of the completely Unredacted Affidavit pertaining to this horrible and shocking BREAK-IN. Also, the Judge on this case should recuse!”

During the Mar-a-Lago search, the FBI seized twenty boxes of items and other materials, including multiple sets of documents marked top secret and classified.