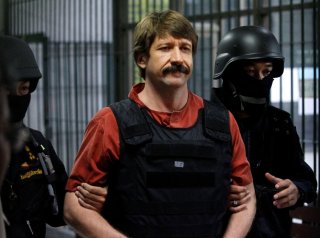 Steve Zissou, the attorney of convicted Russian arms dealer Viktor Bout, has stated that he is “confident” that the proposed prisoner swap for WNBA star Brittney Griner and former U.S. Marine Paul Whelan will be approved, according to a CNN report.

“I do have some information about the progress of how things are going…but that information comes from the Russian side as opposed to the American side. I’m confident this is going to get done,” he told the news network’s John Avlon on New Day Monday.

“Look, it’s no secret they’ve been wanting him back for several years now. They’ve been trying to get him back for decades. That’s not something they’ve ever kept secret,” he continued.

Secretary of State Antony Blinken confirmed last week that the United States presented a “substantial proposal” to Russia “weeks ago” for the two Americans who are classified as “wrongfully detained” by the Biden administration. He added that President Biden was “directly involved” in the talks and signed off on the proposal.

Per the Associated Press, Blinken said that he spoke to Russian foreign minister Sergey Lavrov by phone on Friday but did not provide details of Lavrov’s response.

“I urged Foreign Minister Lavrov to move forward with that proposal,” Blinken said. “I can't give you an assessment of whether that is any more or less likely.”

Meanwhile, the Russian Foreign Ministry said in a statement that Lavrov “strongly suggested” to Blinken “returning to a professional dialogue in the mode of quiet diplomacy” on any efforts at the American detainees’ release.

Multiple sources familiar with the discussions told CNN that Russian officials have requested that in addition to Bout, Vadim Krasikov, a former colonel from the country’s domestic spy agency, also be included in the proposed prisoner swap.

Krasikov, who is in German custody, was convicted last December of murdering a former Chechen fighter, Zelimkhan “Tornike” Khangoshvili, in Berlin in 2019 and sentenced to life in prison.

Griner, a Houston native who plays professional basketball for the Phoenix Mercury, was returning to Russia on February 17 for the WNBA’s offseason when she was detained at Sheremetyevo International Airport after the Russian Federal Customs Service claimed to have found vape cartridges containing the marijuana concentrate hashish oil in her luggage. She testified that she does not know how the cannabis oil for which she had a doctor's prescription ended up in her bag. She faces up to ten years in prison if convicted of transporting drugs.