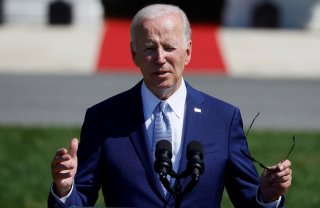 With consumer prices already sitting at near a four-decade high, 59 percent of Americans have admitted that they are worried that student loan forgiveness will make inflation run even hotter, according to a new CNBC/Momentive poll.

The survey further revealed that 30 percent of respondents say that there shouldn’t be any student loan forgiveness for anyone, 34 percent say only those in need should have their loans canceled, and 32 percent say loan forgiveness should be approved for all who have student debt.

Meanwhile, 53 percent of adults say if loan forgiveness put extra money back into their monthly budget they would pay off other loans, and 45 percent say they would save that cash for retirement.

The poll’s results come as the Biden administration plans to make its long-awaited announcement on federal student loan relief as soon as Wednesday. According to the Wall Street Journal, it appears that White House officials are leaning toward the cancellation of up to $10,000 in student loan debt per borrower with yearly incomes of less than $125,000. Additionally, there will likely be a final short-term extension of the moratorium on federal loan repayments that has been in place since the start of the Covid-19 pandemic. Without an extension, millions of borrowers will have to restart payments on September 1.

For much of the past year, lawmakers such as Senate Majority Leader Chuck Schumer (D-NY), Sen. Elizabeth Warren (D-MA), and Sen. Raphael Warnock (D-GA) have urged President Joe Biden to sign off on forgiving $50,000 of student loan debt per borrower. The president, however, has stood firm in his stance that he won’t go higher than his campaign promise of $10,000 per borrower.

“I am considering dealing with some debt reduction,” Biden told reporters at the White House in May. “I am not considering $50,000 debt reduction. I am in the process of taking a hard look at whether or not there will be additional debt forgiveness.”

Since taking office, Biden has so far canceled roughly $32 billion of student loan debt for more than 1.5 million borrowers.

Meanwhile, several Republicans have been united on pushing back against any across-the-board student debt forgiveness.

“The majority of Americans do not have college degrees,” Sen. Mike Braun (R-IN) said in a statement.

“Why should they be forced to pick up the tab for college degrees in the name of pandemic relief? This transfer of wealth is not a move to ‘advance equity,’ but rather a taxpayer handout to appease far-left activists,” he concluded.