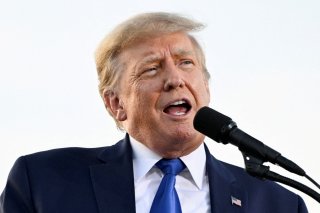 The forty-fifth president made Twitter a major part of his public persona, both before he ran for president, during his two campaigns, and during his four years in the White House. Trump was permanently banned from Twitter in January of 2021, shortly after the January 6 Capitol riot; Twitter has traditionally kept its word when it comes to permanent bans actually being permanent.

But that may only be the case as long as Twitter is under current management. And with Elon Musk agreeing to buy Twitter, that could change. Indeed, Musk said last week that he would allow the former president to return to Twitter once his takeover of the company is completed.

However, as the ex-president may be gearing up for another run at the White House, that doesn’t mean Trump will actually return to the social network, for a few reasons.

One, Trump said in April that he does not plan to return to Twitter, even if his account is reinstated. Secondly, there’s a chance Musk’s takeover of the company won’t actually go through—the entrepreneur tweeted last Friday that his purchase of the company is “on hold,” because it is "pending details supporting calculation that spam/fake accounts do indeed represent less than 5% of users.” Musk added that he is “still committed to [the] acquisition.”

There’s another reason why Trump might not be back on Twitter for a while, per a new CNBC report. According to an SEC filing for Digital World Acquisition Corp., the company that owns Trump’s rival social media network, Truth Social, the company has rules that the former president is “obligated to make any social media post on Truth Social… and can’t make that same post on another social media site for six hours.”

So if Trump were to return to Twitter, he would have to put his posts on the other, much-less-used social network first. For someone who frequently used Twitter to make news—whether it was taking shots at rivals, or announcing sudden policy changes and even the firing of cabinet secretaries—doing so doesn’t seem like it would be especially valuable to Trump.

The CNBC story added that Trump is “still free to post from a personal account about political messaging, political fundraising or get-out-the-vote efforts on any platform at any time.”

Even if Trump does not actively start tweeting again, reinstatement of his account would mean restoring the archive of tweets from Trump’s account, between its creation in 2009 and the suspension in 2021. Those tweets are archived elsewhere but are not on the main Twitter platform.