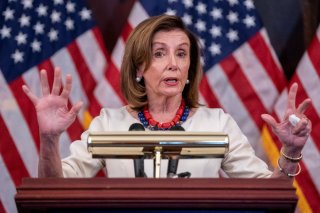 Due to long-running funding issues with the Social Security program, there are growing fears that beneficiaries won’t be getting their full benefit amount starting in 2034.

One possible solution that is being considered is eventually raising the retirement age to above sixty-seven.

Per CNBC, the “House of Representatives last week approved a retirement bill that would push out the age for required minimum distributions on certain savings accounts to 75, up from the current age of 72. That change, if it passes the Senate, would be gradually phased in by 2032.”

According to Mark J. Warshawsky, a senior fellow at the American Enterprise Institute and former deputy commissioner for retirement and disability policy at the Social Security Administration, “the proposal reflects a reality that many people today are generally healthier than generations past and therefore are living and working longer.”

“It should cascade to other official ages throughout the tax code and the government’s programs, Social Security included,” he continued.

Not the First Time

“I expect that at some point in the not too distant future, Congress will agree on a Social Security package that includes some type of adjustment to the retirement age,” Shai Akabas, director of economic policy at the Bipartisan Policy Center, told CNBC. “Whether that’s in two years or 10 years, it’s very difficult to predict.”

Even with an adjustment to the retirement age, it will not mean that the greater financial benefits awaiting those who delay filing for Social Security will decrease.

As personal finance expert Maurie Backman explained at The Motley Fool, “the monthly benefit you’re entitled to from Social Security will be based on your personal earnings history.” Backman added that you “can collect that benefit in full once you reach full retirement age, or FRA.”

However, “if you claim Social Security before FRA, your monthly benefit gets reduced on a permanent basis,” she continued. “Delay your filing past FRA, and your benefit gets a boost that stays with you for the rest of your life. Once you turn 70, you can’t grow your benefit any more, though, which is why that’s generally considered the latest age to file.”

But if the retirement age does march higher in the coming years, the maximum benefits from Social Security will likely be earned at well over seventy years old.