‘Independence Means War’: Why China Is Fed Up With Taiwan 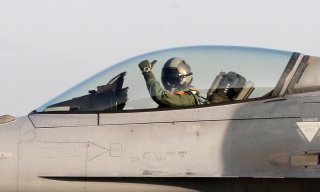 Here's What You Need to Remember: Along with unrelenting military pressure, Chinese officials and state media have steadily sharpened their rhetoric against the sovereign island. “We warn those ‘Taiwan independence’ elements: those who play with fire will burn themselves,” Chinese Defence Ministry spokesman Wu Qian said in January. “Taiwan ‘independence’ means war,” he added.