The A-10 Warthog: The Warplane That Just Won't Die 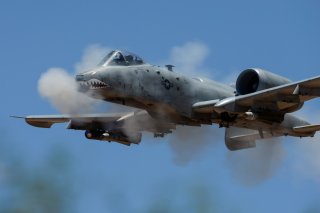 Key Point: The U.S. Air Force is moving ahead with a wide range of upgrades meant to keep the Warthog relevant into the 2030s.

David Axe is the author of the graphic novels War Fix, War Is Boring and Machete Squad. This article first appeared in September 2019 and is reprinted here due to reader interest.