32 Years Ago, Iran and America Fought a Real Naval War 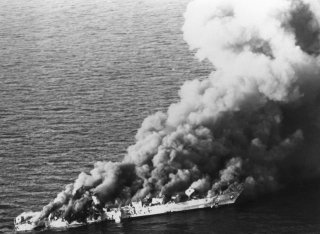 Here's What You Need To Remember: Each U.S attack proceeded as if by the rules of a 19th-century duel. The U.S. ships radioed to the Iranians their intent to destroy the platform, and gave them five minutes to abandon ship. Most of the panicked crew fled on two tugs—but some stayed behind and manned the guns.

Sébastien Roblin writes on the technical, historical and political aspects of international security and conflict for publications including The National Interest, NBC News, Forbes.com and War is Boring.  He holds a Master’s degree from Georgetown University and served with the Peace Corps in China. You can follow his articles on Twitter. This article first appeared last year.