The Air Force Is Getting New Aircraft to Detect Nuclear Tests 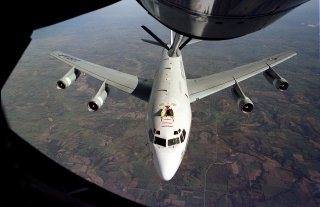 Here's What You Need to Remember: The WC-135s are “bug-catchers,” to borrow Air Force slang. They carry air filters connected to sensors that can detect the radioactive particles that result from nuclear blasts.

The Air Force has secured funding for new Open Skies planes based on business jets. But the administration of President Donald Trump has signalled it might cancel Open Skies, based on the administration’s false belief that the treaty allows Russia to spy on the United States.