America May Have Found the Secret to Killing Hypersonic Missiles 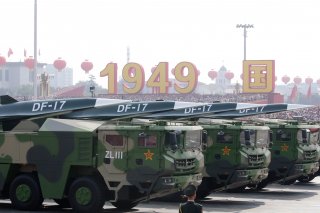 Here's What You Need to Remember: It just might be possible to intercept a hypersonic weapon during its final, “terminal” moments of flight. That’s because a hypersonic missile is slower during its terminal phase than an ICBM is.