America Must Prepare to Face Not One, but Two Nuclear Rivals 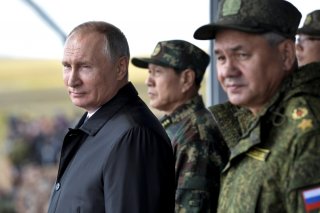 Here's What You Need to Remember: "Given Russia and China's expanding capabilities in increasingly aggressive behavior, and those posed by nuclear North Korea and possibly Iran, we must reinvigorate the national conversation on the importance of strategic deterrence," Adm. Charles Richard told the Center for Strategic and International Studies.