Amphibious Ready Groups: The Navy's Plan for a Pacific Counterpunch 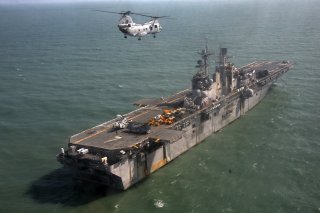 Here's What You Need To Remember: Many potential scenarios in the Pacific might require amphibious forces. Should Taiwan or Japan fall victim to some kind of Chinese attack, then an Amphibious Ready Group could immediately bring thousands of Marines to support defenses, launch F-35 jets to attack approaching forces, and quickly reinforce supplies, troop reinforcements, weapons, and equipment to the shorelines under attack.