Area 51 is All About Stealth Fighters, Not Aliens 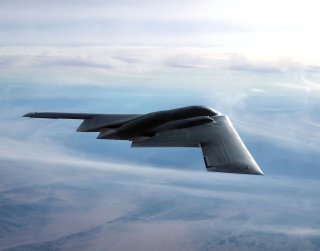 Here's What You Need To Remember: Though the Pentagon admitted to the existence of a stealth jet in 1983, the secrecy surrounding the F-117 was so effective that the public never had any inkling of the Nighthawk’s true appearance, nor even its designation (widely believed to be the “F-19”) until was finally unveiled in 1988.