Armies Of Tomorrow: By 2030, These Will Be The World's Best Ground Forces 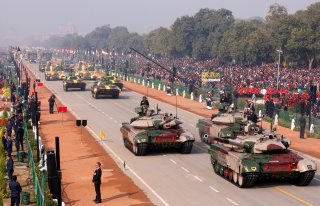 Here's What You Need To Remember: In the end, the answers to “how do we build a powerful army” remain painfully simple. States that have access to enthusiastic populations with high human capital, that can cull the most innovative technologies from robust, modern economies, and that can structure their civil-military relations with just-enough-but-not-too-much independence will tend to do very well.