The Army May Finally Get Its Stealth Helicopter 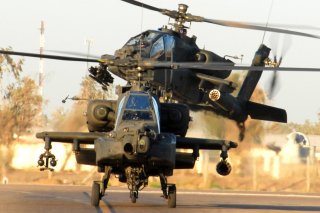 Here's What You Need to Remember: While rotor blades are, quite naturally, likely to generate some kind of radar signal to enemy systems, depending upon range and the fidelity of a given air defense platform. However, the counter-rotating blades also brings a “sound” advantage by virtue of enabling quieter, stealthier flight trajectories generating a much smaller acoustic signature.

Kris Osborn is Defense Editor for the National Interest. Osborn previously served at the Pentagon as a Highly Qualified Expert with the Office of the Assistant Secretary of the Army—Acquisition, Logistics & Technology. Osborn has also worked as an anchor and on-air military specialist at national TV networks. He has appeared as a guest military expert on Fox News, MSNBC, The Military Channel, and The History Channel. He also has a Masters Degree in Comparative Literature from Columbia University. This article first appeared last year.​

Yes, Russia Is Working on a New Stealth Helicopter