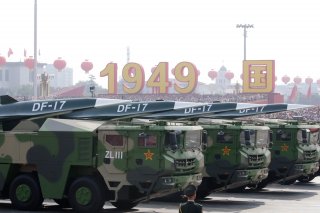 Here's What You Need To Remember: One possibility is a dual outer and inner defensive ring. The outer ring would consist of satellites and drones equipped with sensors. The inner layer would be similar, with the addition of drones and ground batteries armed with high-energy lasers, land-based high power microwave weapons whose beams would fry missile electronics, and even Army howitzers firing high velocity projectiles (HVP).