B-50: This Deadly (and Expensive) Air Force Bomber Was the First To Go Around the World 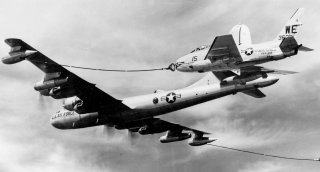 This Is What You Should Remember: The Air Force needed a nuclear bomber that could make it all the way from the United States to Russia. This was their answer.